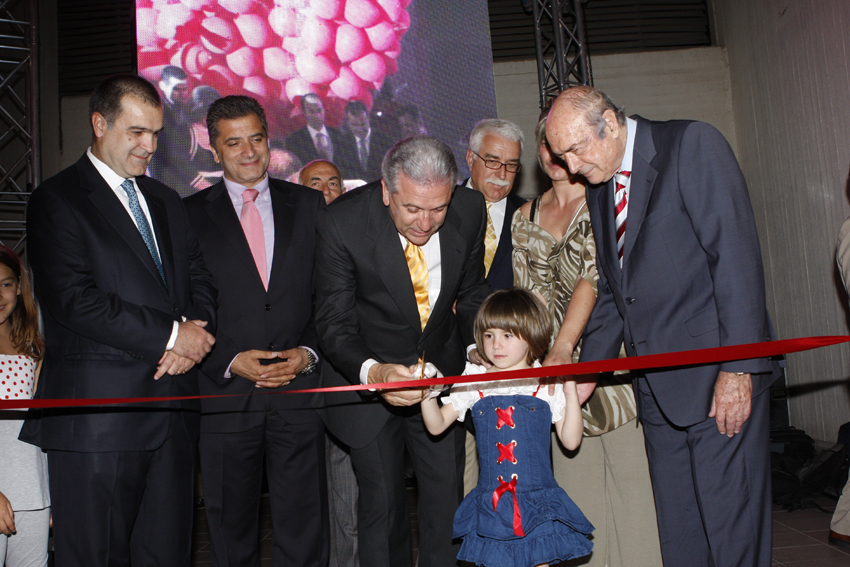 During the inauguration of Mitera Pediatric Cardiosurgery Clinic, held on Thursday June 12th, the Chairman of HYGEIA-MITERA Board of Directors Mr. Konstantinos Stavrou stated that the operation of this new modern Clinic, an investment that reached almost 6 million Euros, will help the Public Insurance Funds to save a great amount of money and opening new perspectives for the broader Healthcare system.

Minister of Healthcare Mr. Dimitris Avramopoulos who inaugurated the new Clinic, stated among others that “Our presence here tonight presents a common decision, agreement and will to support the incentives of the private sector in parallel with improvement and update of Public Healthcare System, which is the main pillar of healthcare in our country.

The Minister also added that “We can now deal with the total of pediatric cases in our country that need immediate surgical treatment. I am really glad that a dynamic business group emphasizes on the Corporate Social Responsibility going beyond its goal of profitability and contributes to the development of our social culture”.

Mr. Avramopoulos concluded saying that “the competition between public and private sector can only bring positive results contributing to the mutual improvement of the efforts and to provision of Healthcare services”.

Vice President of MIG and HYGEIA Mr. Adreas Vgenopoulos pre-announced the functioning of a big and financially strong Foundation, which will save lives and treat cases that otherwise could never be treated, starting from September.

It is a pro bono Healthcare service plan for low income citizens who will then have the opportunity to access HYGEIA Group services.

Regarding the establishment of MITERA Pediatric Clinic he said “Its establishment did not have financial interests but it is an offer to the society and our country”.

Mayor of Marousi Mr. Georgios Patoulis also gave a greeting speech and among others he praised the Pediatric Clinic stating “Healthcare is promoted within the administrative boundaries of our city through innovative actions of people experienced in this field.”

MITERA Pediatric Clinic was inaugurated by the Minister of Health and by little Maria, the first child who was successfully operated in the new Clinic. Ex Deputy minister of Healthcare Mr. Athanasios Giannopoulos, members of the Parliament, the representative of the Ambassadress of Serbia, the princely couple of Yugoslavia, as well as Presidents of Children Associations and Societies honoured the ceremony with their presence.